Oura Tenshudo is the oldest existing church in Japan. It is a Gothic-style church representing medieval European architecture built for foreign residents in the Nagasaki Settlement, which was created after the opening of the country to the outside world at the end of the Edo period.

Some of the stained glass windows decorating the interior of the church are approximately 100 years old.

The church is also dedicated to the 26 Japanese saints who were martyred just before its construction, and the front of the Tenshudo was built facing Nishizaka, the site of their martyrdom.

The design leaders were French missionaries, Fathers Furet and Petitjean, and the construction was done by Koyama Hidenoshin (later renamed “Shu (Hide)”) of Amakusa.

Construction was completed at the end of 1864 and celebrated in February of the following year.

Shortly after this, in March, a Christian in hiding in Urakami visited and confessed his faith, making it the scene of a “discovery of the faithful” unprecedented in the history of world religions. 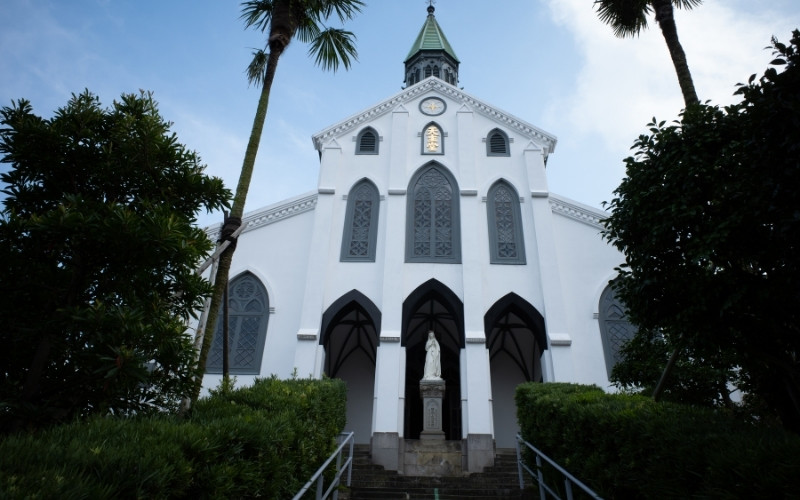 Additions and renovations in 1875 and 1879 transformed the plan form and exterior design, and the exterior walls were changed from wood to brick, but the main parts of the interior space have been preserved as they were when the building was first built.

It is also one of the components of the “Nagasaki and Amakusa Region Heritage Related to Submerged Christians,” which was registered as a UNESCO World Cultural Heritage in 2018. 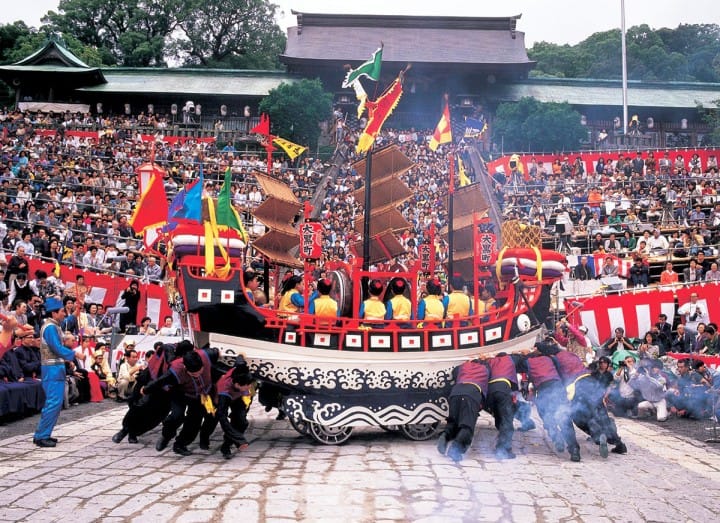 Nagasaki Kunchi which is sometimes refered to as the  Nagasaki Okunchi is a festival of Suwa Shrine, held in  Nagasaki City, Kyushu for three days…