Kitsuki Castle is located in Kitsuki City, Oita Prefecture, and was the seat of the Kitsuki clan in the Edo period. The castle was built on a 30-meter-high hill overlooking the Takayama River to the north and Morie Bay to the east, at the eastern edge of the Kitsuki city center. 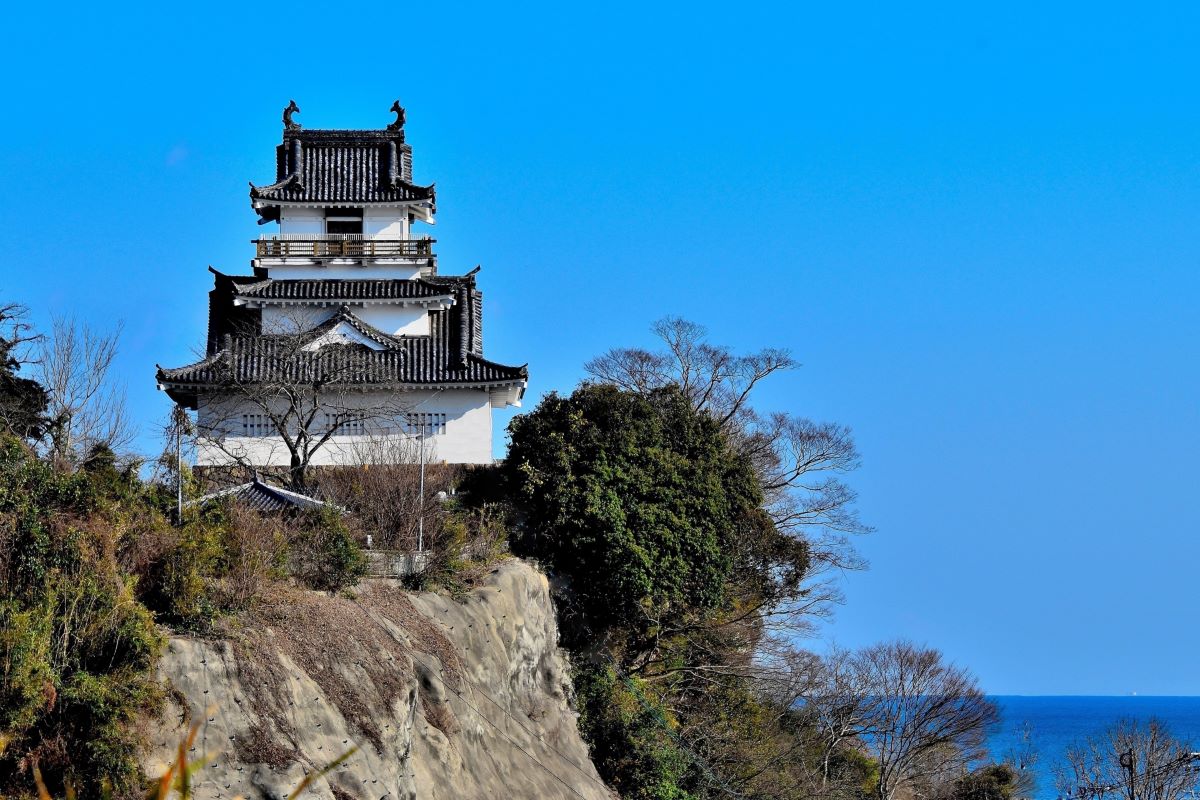 The castle was built in the early Muromachi period (1336-1573) by the Otomo clan and Kimura Yorinao as Kitsuke Castle, and was the scene of battles between the Otomo and Shimazu clans during the Warring States period. 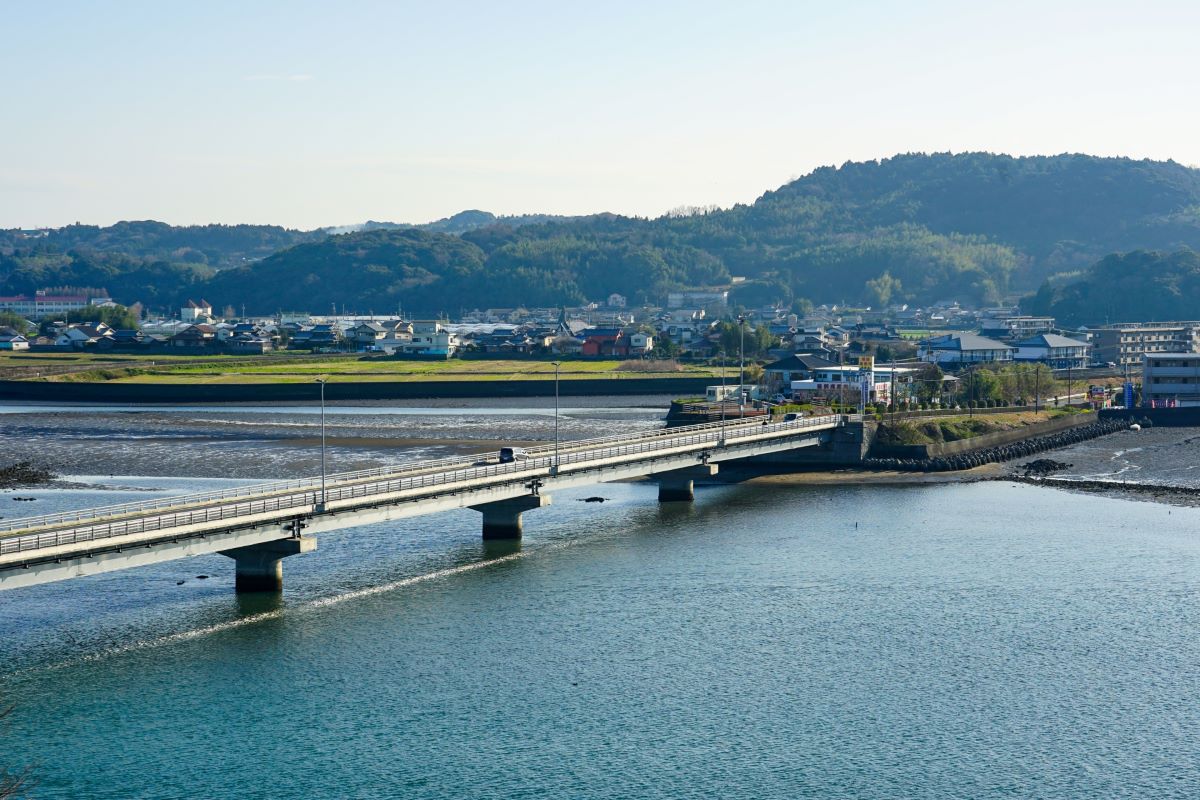 The Current castle tower is a replica built after the war and overlooks Morie Bay. 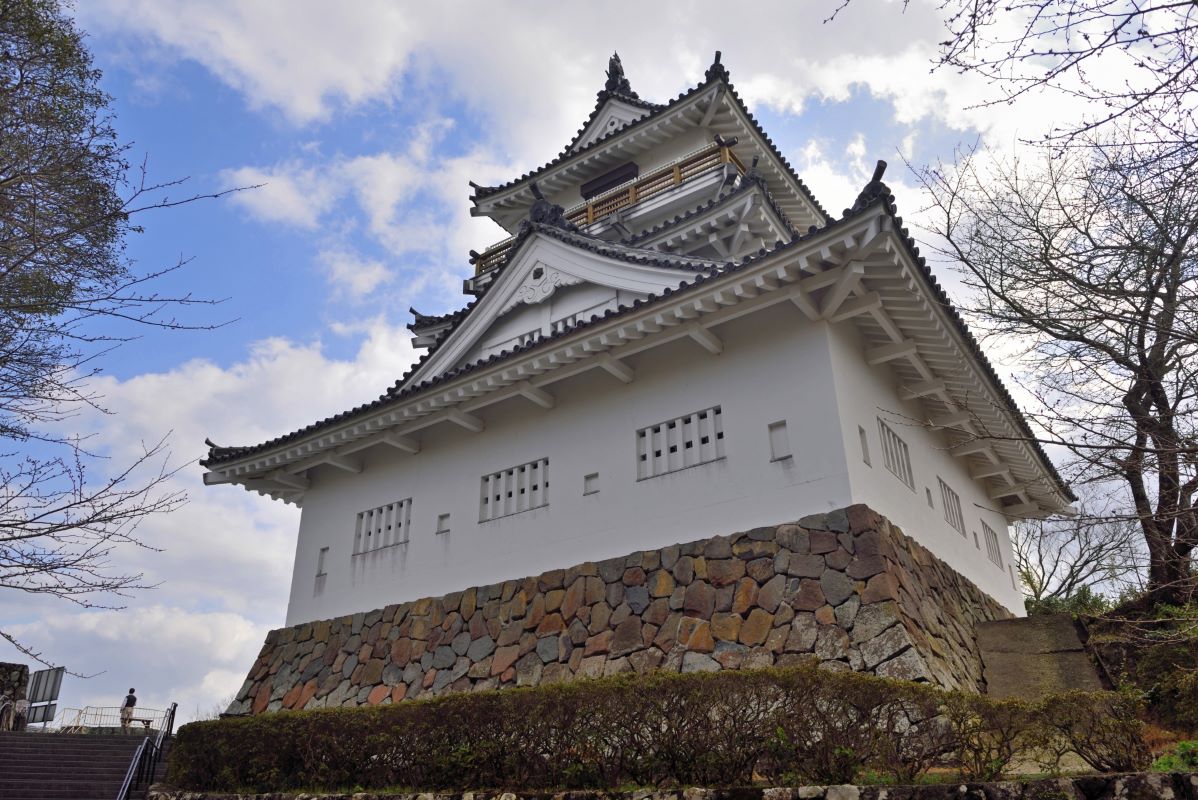 In 1599, the castle belonged to Tadaoki Hosokawa, who was a member of the Eastern Army in the Battle of Sekigahara, and was attacked by Yoshimune Otomo (大友吉統) of the Western Army during Ieyasu Tokugawa’s conquest of Uesugi, just before the Battle of Sekigahara, but the castle was saved from falling with the support of Kanpei Kuroda, who guarded the castle in Nakatsu. The castle was saved from falling due to the support of Kuroda Josui (Kuroda Kanbei), who was the castle’s keeper.

The feudal lord of the domain was Tadatomo Ogasawara, followed by Hidetika Matsudaira, a member of the Nomi Matsudaira clan, who were hereditary feudal lords (lords of the Tokugawa clan’s vassalage).

The castle keep was obliterated by lightning in 1608 and has not been rebuilt since. 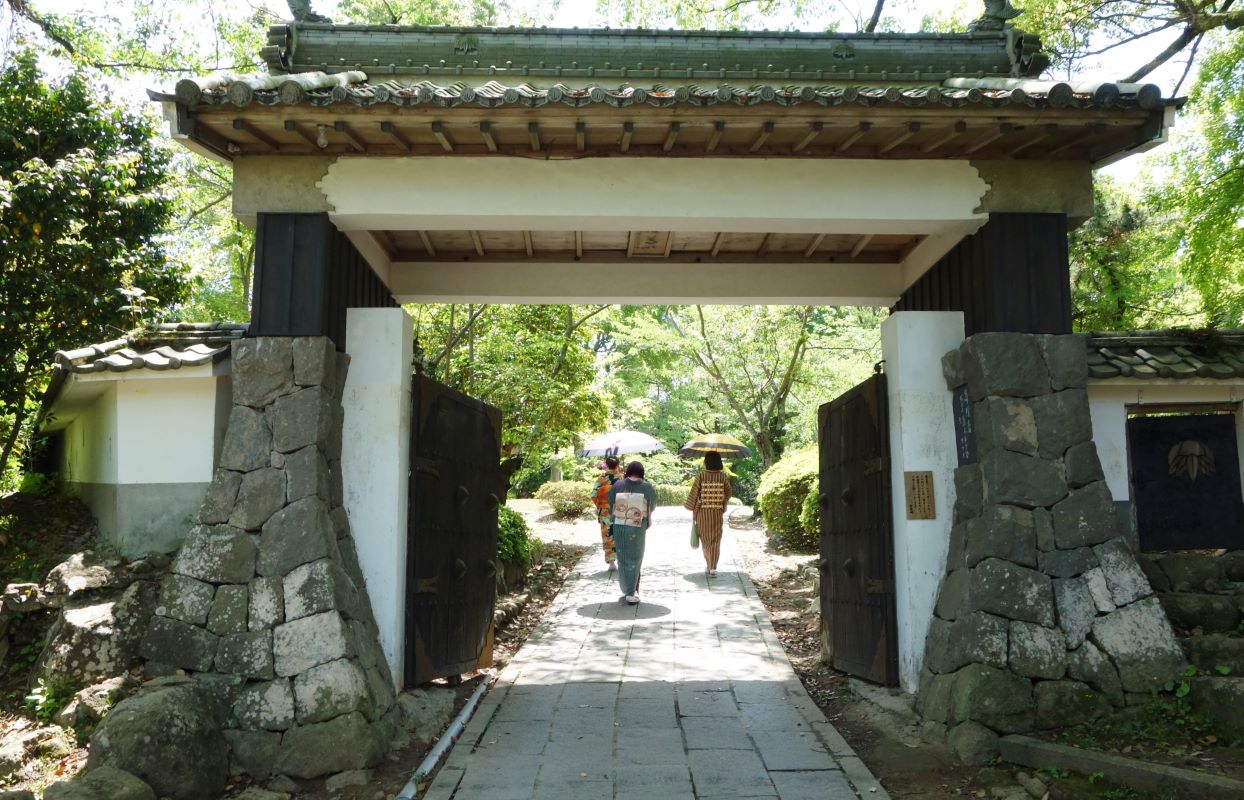 In 1694, Kaibara Mashiken, who visited Kitsuki, wrote in his “Bungoku Kiko” that “Kitsuki has no castle, but a town.
The samurai town was divided into north and south by a valley running east and west, and the warrior residences on the north and south elevations still exist and are designated as a national traditional building preservation district (Kitadai-Nandai Traditional Building Preservation District in Kinezuki City) as Minamidai Buke Yashiki-gai and Kitadai Buke Yashiki-gai.

The valley between the samurai residences on the plateau is the Machinin area.

While the castle was named Kitsuke Castle when it was built, it was mistakenly written as Kinezuki on the shogunate’s red seal letter in 1712, and since then, Kinezuki Castle has been the official name of the castle. 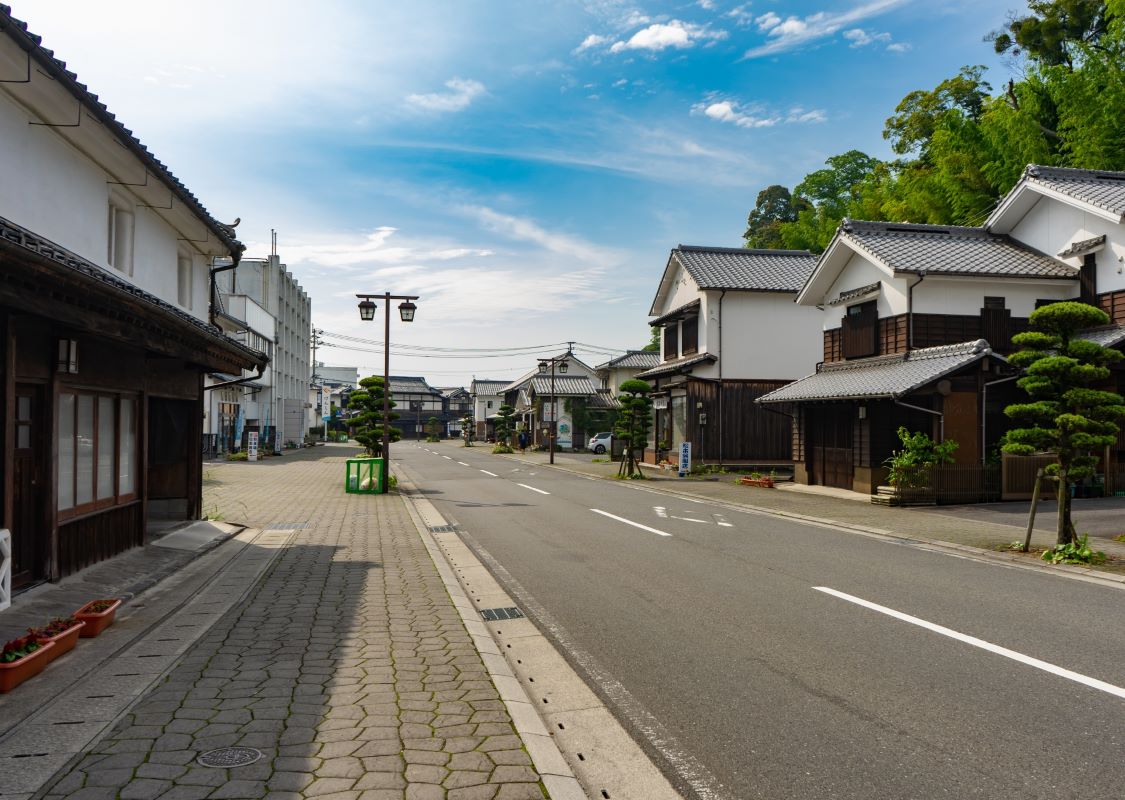 The current castle tower was rebuilt in 1970 as a mock-up of reinforced concrete, watchtower-style, three-story, three-story tower.
Inside is a museum (admission fee required) that exhibits items related to successive domain lords and local materials, and the view from the watchtower is spectacular.

As for the remains, a stone wall and part of the moat remain, and the area is maintained as Shiroyama Historic Site Park where stone cultural assets such as Kokuto-to (pagoda) and Gorinto (five-ring pagoda) are displayed in the open air. 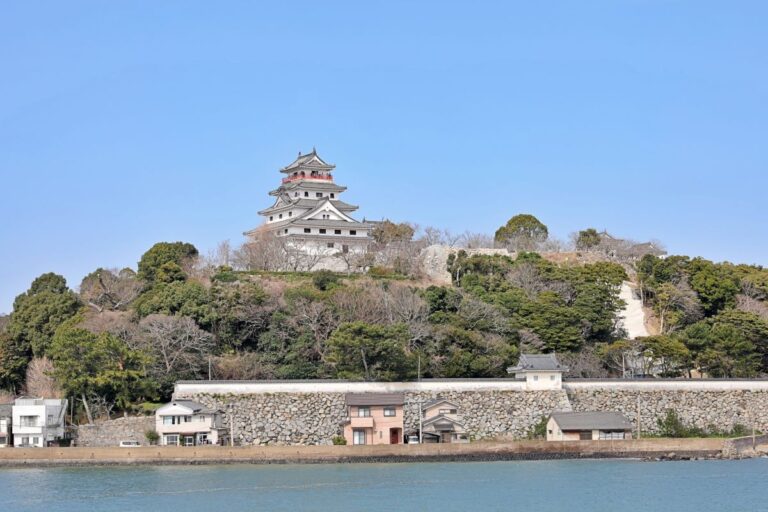 Karatsu is a village of pottery known for “Karatsu Kunchi”. Karatsu Kunchi, held every November, is an autumn festival helped at Karatsu Shrine to express…