Karatsu is a village of pottery known for “Karatsu Kunchi”. Karatsu Kunchi, held every November, is an autumn festival helped at Karatsu Shrine to express gratitude for the harvest.

Karatsu Castle, also called Maizuru Castle, the famous Niji-no-Matsubara (Rainbow Pine Plain), and Nanatsugama are among the city’s many attractions. The Genkai and Hizen areas are dotted with hot springs near the sea. The morning market is also popular.

The present keep was completed in 1966. The interior is a local museum, exhibiting Karatsu pottery, swords, and other items. The tour takes 30 minutes.

Niji-no-Matsubara is a pine forest planted by Hirotaka Terasawa Shimamori, the first lord of the Karatsu Domain, to protect it from the wind and tide.

Along with Miho Matsubara in Shizuoka and Kebi Matsubara in Fukui, it is one of the three most beautiful pine groves in Japan and is designated as a special place of scenic beauty by the government.

One million black pine trees grow in clusters along a 4.5-km stretch, and the area is crowded with people who come to swim in the sea in summer.

This is a modern red-brick building of the “Tatsuno style” designed by Tatsuno Kingo, an architect from Karatsu who created Tokyo Station and entrusted his favorite pupil, Tanaka Minoru, to design the building.

The Yobuko morning market is held every morning on a 200-meter street called Asaichi-dori. The main products are freshly landed seafood, from fish in the toro box to dried squid, seasonal vegetables, fruits, cut flowers, and more, all lined up at stalls. Visitors can look forward to bargaining with stall holders who will offer a discount on the price of their products. 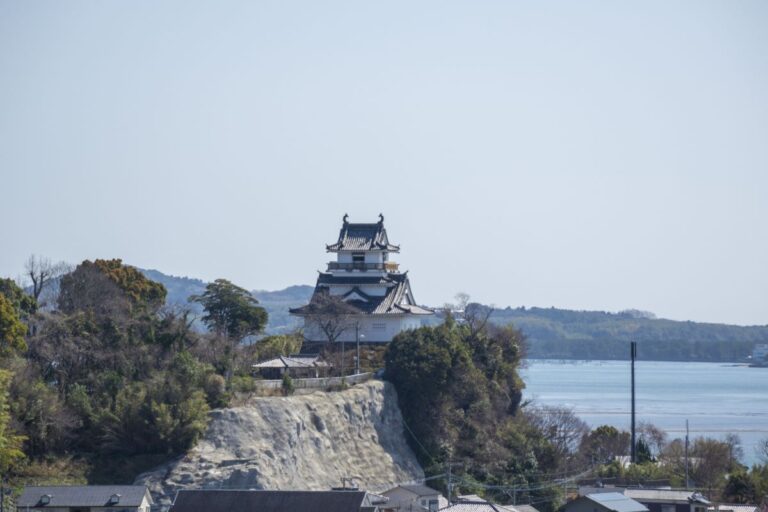 Kitsuki Castle is located in Kitsuki City, Oita Prefecture, and was the seat of the Kitsuki clan in the Edo period. The castle was built…