Fukuoka is one of Japan’s great cities and is famous for its Cosmopolita feel, Ramen, Yatai stalls, and Dazaifu Tenmangu Shrine.

These are some of the best things to do in Fukuoka and there is plenty more including great beaches, the expansive Ohori park, and a bustling foodie scene that rivals Osaka for the best in Japan.

Ohori Park is a popular and expansive area with a large pond and ample greenery where you can also encounter wild birds.

When Nagamasa Kuroda built Fukuoka Castle, he used this area, which was part of the inlet of Hakata Bay, as an outer moat (moat).

After that, landscaping work was carried out, and Ohori Park was opened as a prefectural park in 1929.

A 2km-long path around the large pond is recommended for strolling and jogging. There are also cafes and restaurants, making it a popular place for relaxation.

The vast grounds of Uminonakamichi Seaside Park cover an area of 2,935,000 square meters,

The main attractions are the Sunshine Pool (open only in summer) with six pools and a large lawn of area.

The aquarium “Marine World Umino-no-Nakamichi” is equipped with underwater cameras and monitor TVs so that visitors can easily observe the ecology of fish in a natural setting.

Dolphin shows and aqua live shows in the panoramic large tank are also popular. The park is also dotted with playground equipment such as the “Animal Forest” where visitors can interact with animals and the giant trampoline “Whale Spider ‘Funun Porin’,” making it a spot that can be enjoyed by families.

Hakata is famous for its yatai stalls! Hopping from one stall to another is one of the essential pleasures of traveling around Hakata. Some people may visit Hakata to eat and stroll around food stalls.

Hakata’s yatai stalls usually open around 6 pm. The sight of yatai stalls lined up in a row is rarely seen in other areas of Hakata, and the scenery alone is a unique fukuoka experience.

We suggest trying the Nagahama Ramen which is famous throughout Japan. Nagahama Ramen, which combines a cloudy pork bone soup with ultra-thin rice noodles, is so delicious that it can be enjoyed after visiting many yatai stalls or even in the middle of the night. If you want an extra top-up of noodles ask for  “daitamen” the local slang.

In addition to Nagahama ramen, there is a wide variety of yatai food to try, from standard yatai menus such as oden and yakitori to Hakata’s own specialties such as yaki-ramen and ichibu gyoza. The charm of yatai stalls is that they are cheap, fast, and tasty! After having a drink and a couple of snacks, you can enjoy the next stall.

Fukuoka Castle was built in 1601 by Nagamasa Kuroda, a feudal lord who had distinguished himself in the Battle of Sekigahara at the beginning of the Edo period (1603-1868).

Since then, the castle was the residence of the Kuroda clan of the Fukuoka domain until the Meiji era (1868-1912).

It is also known as “Maizuru Castle. It is said that the castle was a flat mountain castle with no castle tower, but rather a series of towers (large, medium, and small) and 47 turrets.

Today, the main part of the castle ruins is designated as a national historic site, and the area from Honmaru to San-no-Maru is Maizuru Park, a place for citizens to relax.

Every spring, the “Fukuoka Castle Cherry Blossom Festival” is held and approximately 1,000 Someiyoshino cherry trees along the moat bloom beautifully in spring.

A 10-minute walk west (toward Nakasu) from Hakata Station brings you to Canal City Hakata, with its unique exterior and interior design.

As the name “Canal City” suggests, there is a 180-meter canal in the basement of the central part of the complex, and the dynamic fountain show “Dancing Water” and events held around the canal are very popular! The night lights and seasonal illumination are also attractive.

In addition to the permanent character stores such as Weekly Shonen Jump and the Disney Store, visitors can also look forward to limited-time-only stores.

At Ramen Stadium 2, a ramen theme park, Japan’s leading ramen stores will battle it out.

The less popular ramen stores are replaced several times a year–it’s a ramen stadium! With its elaborate architecture, interior design, events, and stores, Canal City Hakata is a fun place to visit.

This museum is located in Seaside Momochi. The museum’s permanent exhibits include the gold seal, a national treasure, and artifacts excavated from Korokan, as well as a special exhibition room and a hands-on learning room.

The museum is located on the right side of Sazae-san Street, which leads toward Fukuoka Tower. In the permanent exhibition on the second floor, the “Golden Seal” is displayed just outside the entrance.

Visitors can learn about Fukuoka’s history and culture at the Fukuoka City Museum.

Many items related to the Kuroda family, the lords of the Fukuoka domain, are on display.

The special exhibition on the second floor was displaying a number of famous swords when we took a trip there.

Fukuoka Tower and Seaside Momochi Seaside Park are also a short walk away. On a sunny day, it seems to be a pleasant place just to take a walk.
Close

10 minutes on foot from Nishishin Station

It is one of the three major Hachimangu shrines along with Usa and Ishimizu. The Ichino-torii (first shrine gate) is a unique structure with three tiers of pillars. Both the hall of worship and the main shrine are important cultural properties of Japan.

Kego Shrine And The God Of Sin

Kego Shrine is located in a valley of buildings with a large Kego Park next to it and is protected by a 300-year-old camphor tree.

The “80-kamatsu-no-kami” is a god who shows evil and leads wrongs in the right direction. The “Kami Naohi” and “Dai Naohi” deities, who purify sins and impurities, make up for what is lacking and find goodness, reside in the shrine.

This is a shrine to protect you, your family, your loved ones, and your friends from daily sins, transgressions, illnesses, and disasters.

It’s conveniently located right next to the nightlife area so a great place to stop by after a big night of overindulgence for a quick cleanse.

Fukuoka Dome is Japan’s first dome stadium with a retractable roof.  It is a 15-minute walk from Karajinmachi Station on the Airport Subway Line and is located at Jigyouhama in Fukuoka City Seaside Park.

It is home to the Fukuoka Softbank Hawks and is crowded with fans during the official game season.

Yahoo! Dome is the only baseball stadium in Japan with a retractable roof. Normal games are held with the dome closed, but official baseball games are held on “Roof Open Day” several days a year.

Tenjin Underground shopping street It is characterized by austere cobblestone flooring reminiscent of 19th century Europe and a unique atmosphere based on the concept of a “theater” where the passageways are darkly lit and stores are brightly illuminated.

There are about 150 stores, including fashion, gourmet, and bookstores.

Fukuoka Tower is a 234-meter-high seaside tower with an observation deck from which you can enjoy a panoramic view of Fukuoka City and Hakata Bay, making it a popular night view spot.

It is also recognized as a “holy place for lovers,” and there is a “vow fence” where visitors can pledge their eternal love by attaching padlocks.

Dazaifu Tenmangu Shrine is a nationally famous shrine dedicated to Sugawara Michizane, the god of learning.

The shrine grounds are planted with 6,000 plum trees, which are at their best in March. Ume motifs can be seen here and there, and it is interesting to look for them carved on the roof of the main shrine and on the lanterns.

Including the nearby Sakamoto Hachimangu Shrine, this shrine is becoming increasingly among the most popular things to do in Fukuoka.

Be sure to check out the famous gourmet food along the approach to the shrine.

Opened in 2005 as the fourth of four national museums in Japan it is commonly known as “Kyuhaku.

Its distinctive architecture, with sparkling mirrored glass on the walls and a large curved roof, is worth seeing unto itself and it’s a great setting in the hills behind the temples of Dazaifu.

The exhibits are unique to Fukuoka, which has had close ties with Asian countries since ancient times.

There are also some interesting artifacts from the Mongol’s attempted invasion at Hakata bay including a giant replica wooden anchor.

Many of the exhibits are historical in nature, and the “Cultural Exchange Exhibition Room” on the fourth floor introduces Japan’s history and international exchange from the Paleolithic Age to the Edo Period in an easy-to-understand manner.

Yanagawa is a castle town at the mouth of the Chikugo River that is a 60-minute train ride from Fukuoka.

The river cruise is the highlight of the tour in this watery town, where the ditches of Yanagawa Castle run like a grid. Enjoy a stroll on the water in a “donko boat” operated by a boatman who also serves as a guide, using only a bamboo pole.

When passing under the bridge, everyone keeps their heads low and shops on the water are open for shopping. Some boatmen may entertain you with a performance called “Hassou Tobi” (jumping over the bridge) or with light chatter and songs as you pass under the bridge.

Boats are available frequently, and reservations are not required. The one-hour boat ride is like stepping back in time and is sure to be a satisfying experience.

By train, it is convenient to take a Nishitetsu train from Tenjin to Nishitetsu Yanagawa Station by express. 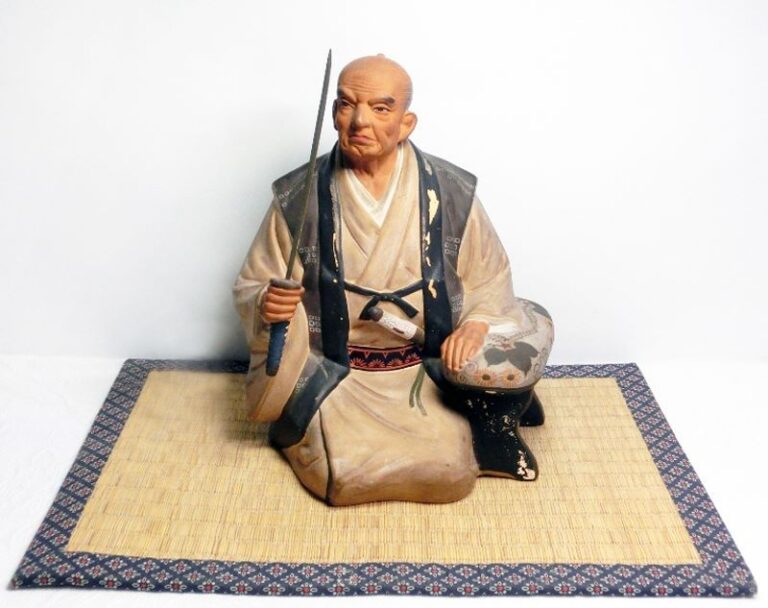 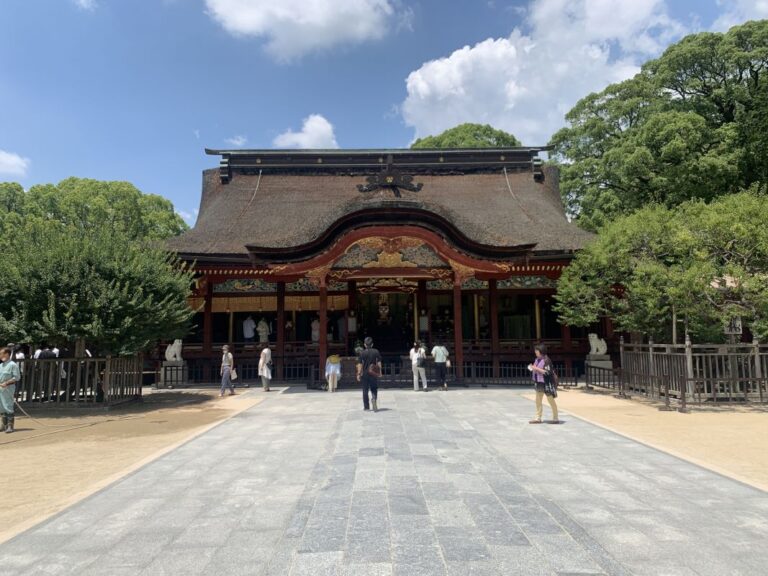 The Dazaifu Tenmangu Shrine is dedicated to Sugawara Michizane, the god in charge of learning and education, and is crowded throughout the year with worshippers… 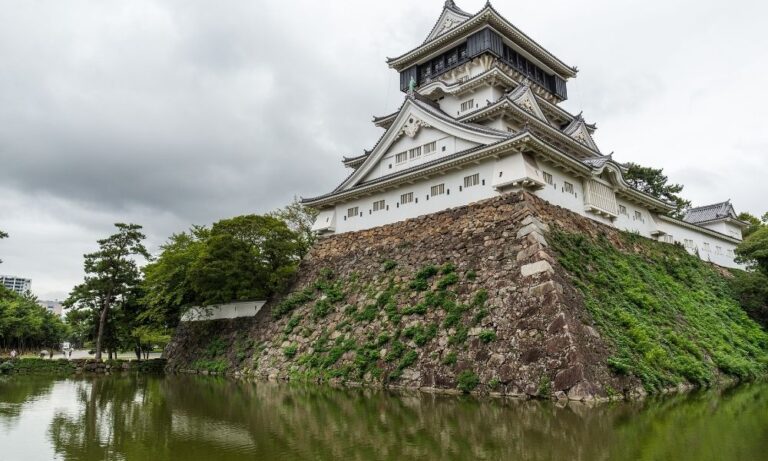