Aso Shrine is an ancient shrine and has a history that goes back through the ages of over 2,000 years. It enshrines 12 family deities, including Kenbanryu-no-Mikoto Takeiwatatsu-no-Mikoto, the grandson of Emperor Jinmu and the founder of the Aso region.

Since ancient times, the shrine has been universally revered as the first and foremost shrine in Higo Province, combining the belief in volcanoes with the idea that the crater of Mount Aso is the deity of the shrine. 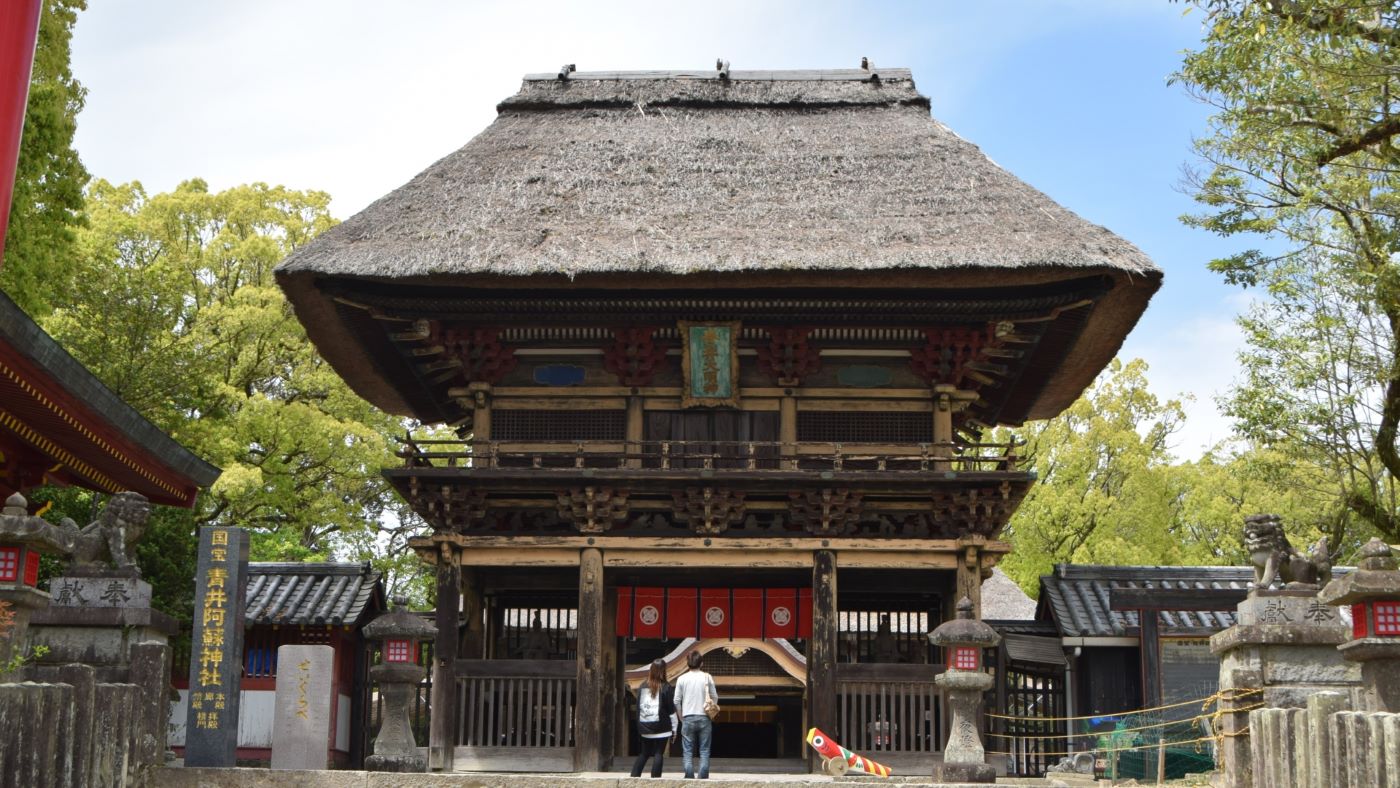 The Aso clan, which has succeeded to the position of the chief priest, is one of the oldest families in Japan. This is believed to be the reason why there are as many as 500 branch shrines.
The Aso Shrine was rebuilt between 1835 and 1850 with donations from the Kumamoto clan, and six of the buildings, including the temple and the central tower gate, have been given the designation of national important cultural properties.

The main gate is the tallest and most significant in Kyushu and is one of the “three largest tower gates in all of the archipelago.

During the Kumamoto Earthquake of 2008, the Toromon gate collapsed along with the hall of worship, causing extensive damage to the other buildings of the shrine. Restoration work is underway.

The crater lake at the summit of Mt. Aso is sometimes referred to as “Shinrei-ike” or divine spirit pond. Since before written history it has been regarded as the sacred body of the god Aso.

The only shrine on the mountain is the worship hall that worships at the crater.
Historically, it’s been given the name “Kamimiya” in contrast to “Shimomiya” at the Aso Shrine at the foot of the mountain. In ancient times, the crater was the object of national prayer and its state and changes were reported to the Imperial Court through Dazaifu, greatly enhancing the reputation of Aso no Kami.

Today, the “Crater Ceremony” is held in early June to pray for peace and tranquility in the area.
The shrine pavilion of the Yamagami Shrine was designed by Takashi Kakunan, an engineer of the Shrine Bureau of the former Ministry of Home Affairs, and was rebuilt in 1958 from a wooden structure to a reinforced concrete structure. 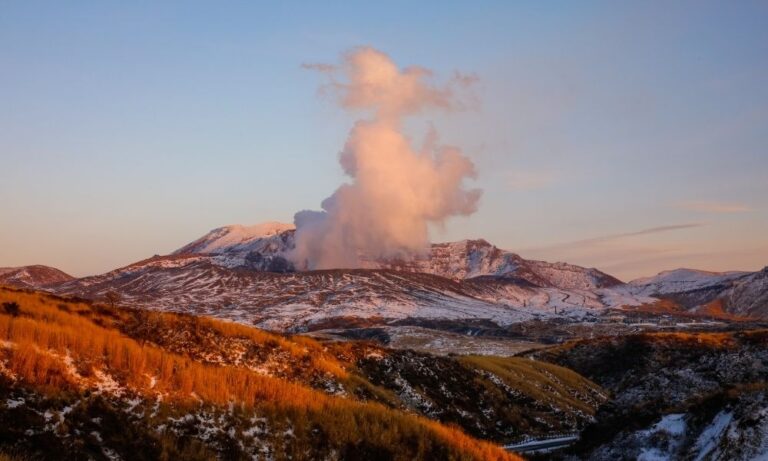